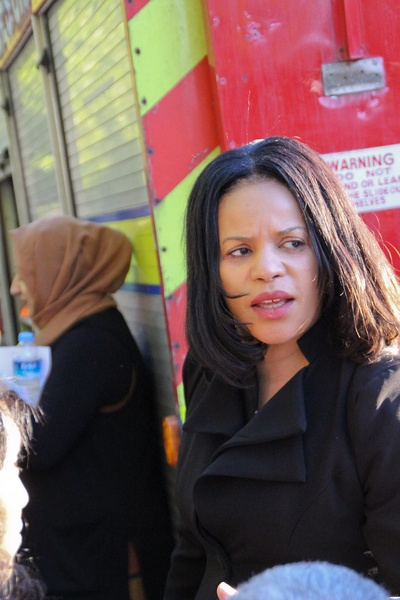 A former Labour MP has been called out during a Select Committee hearing after a seemingly scripted question went wrong.

Claudia Webbe, the currently independent MP for Leicester East, asked a question of the Foreign Secretary, Dominic Raab, during a Foreign Affairs Select Committee inquiry about the situation in Belarus and the Government’s response to these actions.

Ms Webbe asked the Foreign Secretary whether the Government would be considering legal action against the Belarus authorities.

The inquiry comes following the redirection of a Ryanair flight by the Belarus authorities in order to arrest a dissident who had been critical of the authority in Belarus. The flight was originally scheduled to fly from Greece to Lithuania, but a claim that the plane was being hijacked and a bomb threat forced the plane to land in Belarus.

The MP asked Dominic Raab:”Why does the Government not consider legal action to be necessary in the case of Belarus?”

Mr Raab returned by asking Ms Webbe: “What is the legal action that you’re proposing?”

After a little stutter, Ms Webbe answered: “Well, I’m asking you the question. Does the Government consider legal action to be necessary at all?”

The Minister continued: “Sorry, what I was trying to clarify is who do you want us to sue and where?”

This was followed by an awkward six seconds of silence from Ms Webbe, who then went on to ask whether the Government would be considering an intervention in Belarus. This was a different question altogether, but it still caused some confusion as to what was being asked.

This led to accusations that Ms Webbe had been given scripted questions.

Fears Of Unrest Grow In France Over Vaccines