A TPUK exclusive from an anonymous city lawyer.

Given BLM’s self-declared Marxism and their stated aim to defund the police, it is deeply worrying that an institution like the Corporation is giving their ideas credence.

I think it is incredibly disrespectful to our uniformed services (who have served the city so well) to be promoting the voices of a violent (tiny) minority who want to see their funding slashed and prisons emptied.

Leading members of BLM and their official twitter account have made anti-Semitic slurs against the Jewish community. They have also used disgusting and derogatory racial epithets towards other members of the conservative black community. I think it is disgraceful that the Corporation is ignoring this very overt and obvious racism in order to virtue signal on whether a piece of sandstone hurts someone’s feelings. 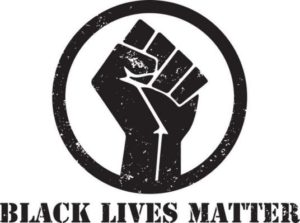 BLM are also overtly party political. Millions in donations, from both BLM UK and other regional branches, has been channelled to the Biden campaign in the USA. I think it is unwise of the Corporation (and possibly even against your charter?) to be kowtowing to a US party political movement.

Yes, the UK participated in the slave trade. So did every other nation and grouping of people globally, most notably African tribal groups and Arab traders. This was happening long before the Europeans arrived in Africa and continued long afterwards. Will the Corporation be campaigning to tear down the Egyptian Pyramids which were built using slave labour? If not, why not? Surely the Corporation should be making its voice heard in petitioning the Chinese government to tear down the Great Wall of China which was built using indentured peasants and slaves?

The UK made a courageous decision to not only abolish slavery but to enforce its abolition on the rest of the world. This was completely at odds with the global zeitgeist. The UK paid out vast sums of money to liberate slaves and also lost thousands of lives (sailors and soldiers) in shutting down the trade. Any statues related to the slave trade should be kept as reminders of the UK’s leading role in liberating slaves worldwide.

If we start removing statues for actions undertaken centuries ago, where do we stop? This is a dangerous and slippery slope and once you open the door then it can’t be closed. Should we tear down statues of Churchill because he didn’t speak out on animal rights? Shall we tear down Mandela because he was accused of domestic violence? This is a tone-deaf and deeply ignorant approach to human history and I will be truly ashamed at the Corporation if it pursues this.

Football has not been a unifier

The end of restrictions?