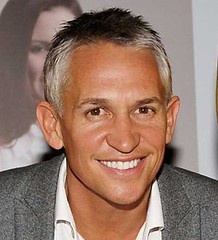 Footballer Gary Lineker, suggested by some to be “too woke” and constantly “virtue-signalling” on Twitter, has suddenly found himself at the centre of an accusation of racism, according to an article in the Daily Mail.

The row involves an advert starring the former footballer and current sports commentator at the BBC, which promotes a supposed racial stereotype of the black community. In a 40-second advert to depict the tie-up between crisp manufacturer Walkers and the US-based Kentucky Fried Chicken chain, the players on-screen all appear to be members of the BAME community, save for Lineker as the only white person highlighted.

To add to the controversy, the modelling agency in London that the Walkers company approached claims they were specifically asked for black and mixed-race talent, prompting accusations of tokenism.

Some academics have claimed that the stereotype of black people having a particular taste for fried chicken is a negative connotation that dates back to the days of slavery in America. The advert stands accused of implying this.

It is not the first time the “fried chicken” controversy has plagued the sporting world. In a 2013 interview, Sergio Garcia, a golfer from Spain, found himself on the receiving end of the fury when he stated he would invite his rival Tiger Woods for dinner every night and serve him the dish.

Woods responded on Twitter, writing: “The comment that was made wasn’t silly. It was wrong, hurtful and clearly inappropriate.” Garcia later apologised.