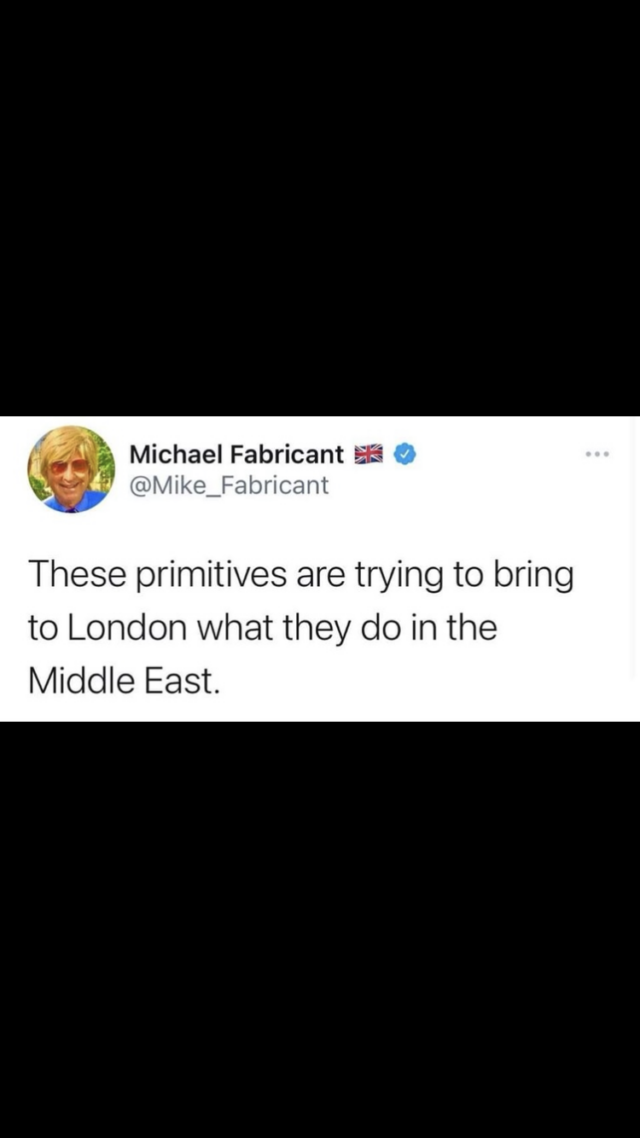 Commenting on a video showing the protestors rioting, he said: “These primitives are trying to bring to London what they do in the Middle East.”

Fabricant followed this up with: “Let us be clear: Antisemitism whether expressed by Corbyn, Christians, or Muslims, is unacceptable and primitive. The antisemitism spouted by Hamas and Hezbollah in the Middle East must not be repeated in the UK. Attacks on the British police as shown in the video are disgraceful.”

He then tweeted: “Over 3,000 rockets have now been fired indiscriminately into Israel. I would like to hear some of the usual suspects on Twitter concerned with human welfare condemn THAT.”

Fabricant also demanded that the Muslim Council of Britain condemn Palestinian rioters at the Arndale Centre in Manchester.

This has led to several left-wing Twitter commentators accusing him of racism. Financial Times journalist Henry Mance demanded that Michael Fabricant be kicked out of the Conservative Party.

So far, the Conservative Party has not commentated on this.