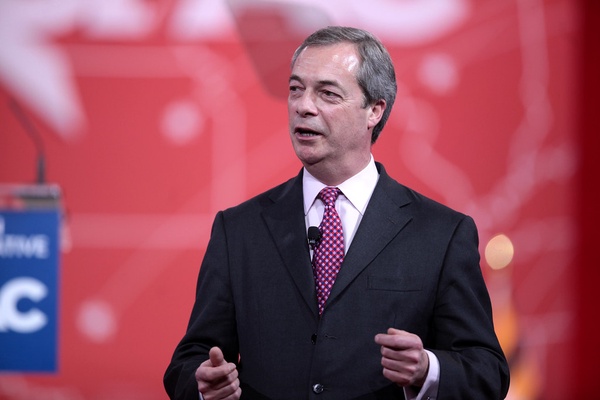 The former Leader of Reform UK has attacked a school’s decision to cancel the teaching of a famous book that informed students about the horrors of racism.

Nigel Farage attacked the position of a Scottish secondary school to halt the teaching of the book ‘To Kill A Mockingbird’. The James Gillespie’s High School in Edinburgh has decided to change the English curriculum, removing the book, because of its use of the N-word as well as lending credence to the culture of white saviours.

The teacher pushing the curriculum change in the high school had said: “Probably like every English department in the country, we still have Of Mice and Men and To Kill a Mockingbird on the shelves.

“They are now taught less frequently because those novels are dated and problematical in terms of decolonising the curriculum.

However, Nigel Farage attacked the decision, saying that school were trying to sanitise history in his segment on GB News.

He said: “It’s part of a bigger broader problem that we’re attempting to teach a sanitised, censored view of time, of history and even of language and we may find words offensive, does that mean we should ban words? And I think the answer to that must be a very, very big no.”

He then attacked the lack of critical thinking in educational establishments, saying: “And when I say it is part of something bigger, I genuinely worry about what is happening though much of our education systems – not just our universities, but schools as well. And I think we’ve stopped teaching critical thinking. We’ve stopped saying to people from the age of 14 or 15 onwards, look, here’s a particular problem, here are two potential ways of dealing with it, you write an essay, acknowledge that both sides exist, but come out with your own opinion.

“That is what critical thinking is and I kind of get the feeling that through much, particularly universities, there are two alternative views: one is evil, the other is virtuous and this is what you must believe. I think we’ve stopped, and I’m not an educationalist, but my feeling is and I’ve spoken to many who are, I think we’ve stopped critically engaging in critical thinking with young people and this is part of that.”

To Kill A Mockingbird has captured the imaginations of many since its release, alerting many to racism and racial stereotyping.