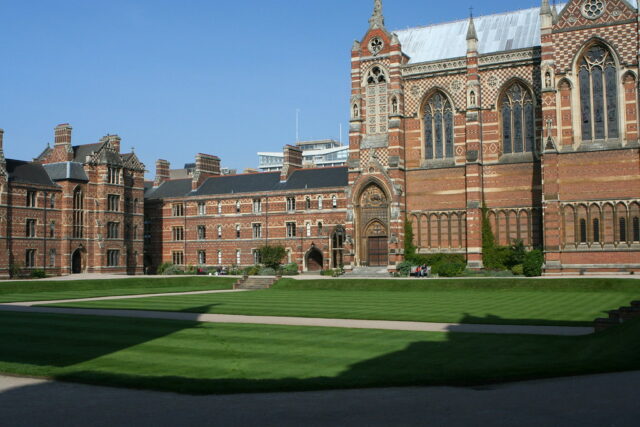 Often regarded as the place where one goes to study if Oxbridge reject you, Durham University has a reputation of great stature. However, with the rise of radical left-wing ’wokeness’ and political correctness sweeping the elite universities, Durham is in trouble.

The associate editor of The Spectator Magazine, Rod Liddle, was heckled off the campus after attempting to engage in a civilised debate with Durham students about transgender issues. He was branded ‘disgusting.’ Moreover, his views were branded as ‘hate speech’ by one particular student.

In the speech he gave at the South College Christmas formal, he said: “A person with an X and a Y chromosome, that has a long, dangling penis, is scientifically a man, and that is pretty much, scientifically, the end of the story.”

An open letter from students, signed by more than 1000 people, stated that many had been left emotional and distressed by the talk. It also cited several undergraduates, saying: “Durham is not a safe space for LGBT individuals such as myself, if there is no apology or repercussions, I cannot see myself remaining here.”

Professor Tim Luckhurst, Principal of South College, branded his students ‘pathetic’, stating: “At South College, we value freedom of speech.” Yet it is clear that his students don’t feel the same, after images emerged of many of them protesting with Transgender flags and signs, chanting ‘Trans Lives Matter.’

Though they are perfectly entitled to protest, why they are protesting is, like Professor Luckhurst says, pathetic. It cannot be said that Durham is not a safe space for LGBT students, when a man with an opinion that was backed by scientific evidence, which has been known for all of human history, was booed and heckled out of the university.

It is much less a safe space for those with views that go against what the mainstream culture is currently telling us. This has not just happened at Durham. It happened at Sussex with the resignation of Professor Kathleen Stock and it happened in Aberdeen with the suspension of Elizabeth Heverin.

If something doesn’t drastically change, it is possible that the university experience will not be the experience that it was designed to be. University is supposed to be a place where you are able to discuss ideas and thoughts freely without the fear of persecution. But with the current culture telling us that what matters most are your feelings, nothing intellectual is going to be achieved, because there will always be someone who is upset by a view expressed by a peer or a professor.

This does not only occur with speech, but also with images of people. The Queen, and her late husband Prince Phillip were met with disdain by students at Oxford and King’s College London, again because someone’s feelings had been hurt or someone was uncomfortable.

This continual push by the radical left to make universities places where you’re taught what to think instead of how to think is not helped by people including Jack Edwards, Eve Cornwell, and others from the so called ‘StudyTube Gang,’ a group of British university vloggers who push these radical ideas in their videos, sometimes subtly, sometimes blatantly.

They regularly state things such as ‘I feel more empowered as a brunette’, which I assume has something to do with some sort of weird sexist view, and, ‘if only there was a magic potion to stop JK Rowling from being a TERF.’

These people are role models for many young people going to university, and if they are setting up the expectation that these are the views that the generation who have finished university hold, the next generation’s ability to engage in civil discourse will be in grave danger.

University should be a place of freedom. Freedom from your parents’ home, freedom from bells, classrooms and detentions, freedom to get to know new people and enjoy new activities, a new place, freedom to explore your thoughts and views.

However, it is becoming a place of restriction. If there is anyone heading to university next September or if you are at University now, I encourage you, do not be afraid to speak your view. As many University prospectuses will tell you: “Be the change you want to see.”